Happy New Year Everyone
There is lots happening in Australia and we look forward to welcoming your clients. It was a spectacular evening on Sydney Harbour to welcome in 2019. This year is the year of the Pig and there are lots of events on in Australia to celebrate.

Also this month we focus on some of the Outback experiences you can have in Queensland we can tailor make an itinerary for your clients. These itineraries are truly unique and provides access to parts of Australia many tourists don’t get to see. Out itineraries are great for small groups. We also welcome a new member to the team.

For more information go to www.aabh.com.au 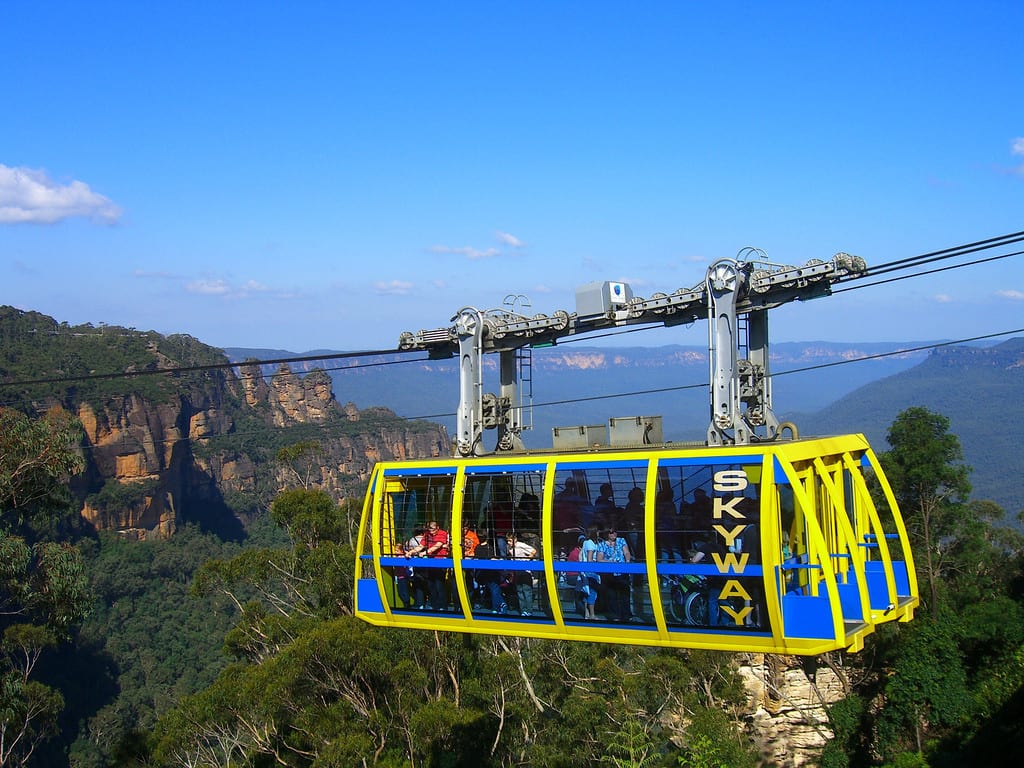 Scenic World is inviting visitors from near and far to celebrate Lunar New Year in the spectacular Blue Mountains, with a range of exciting activities on the agenda to usher in the Year of the Pig.
Scenic World’s front plaza will be a hive of activity from February 1 – 17 as the main forecourt is transformed into a vibrant table tennis arena for the annual Scenic World Ping Pong Pro tournament.
Visitors can test their reflexes daily from 11am to 2pm as staff and visitors of all ages hone their ping pong skills .
Traditional lion dancing artists will return to Scenic World on February 10 to showcase their talents in an acrobatic performance that will leave a lasting impression.
Guests can also treat their tastebuds to sticky char siu pork ribs in the EATS270 restaurant. 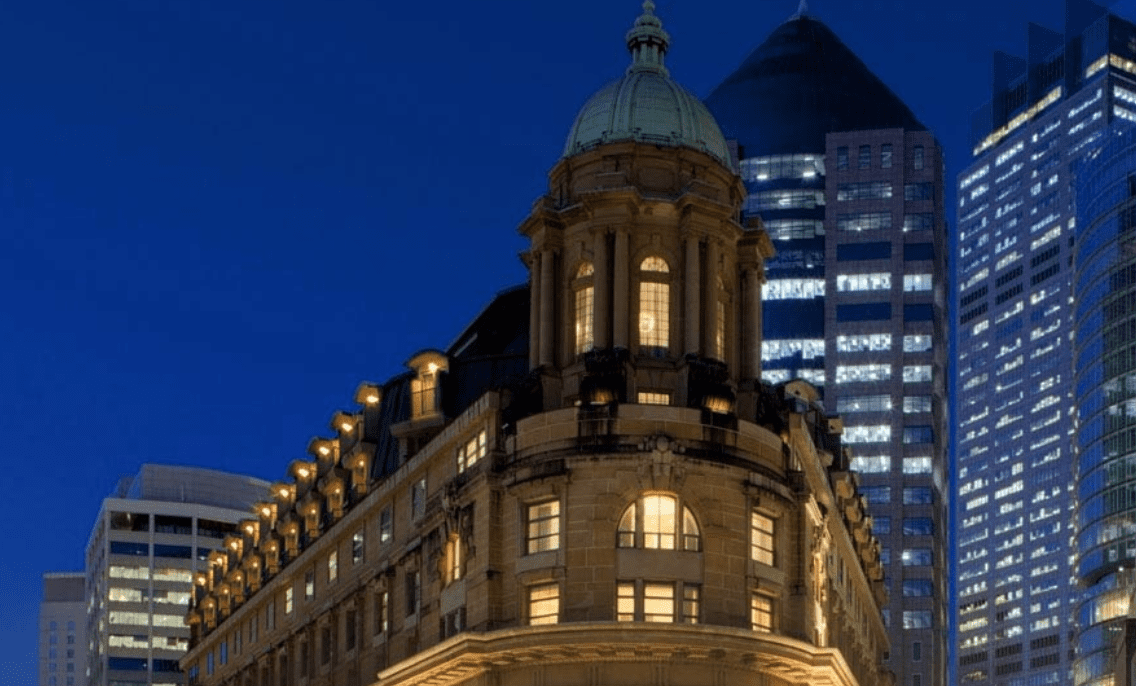 Australia and Beyond Holidays has been able to secure some exceptional group rates for this property during April. Rooms are limited so if you have a small incentive or leisure group contact us now so that your customers can take advantage of these exceptional offers in a quality property right in the heart of the city of Sydney 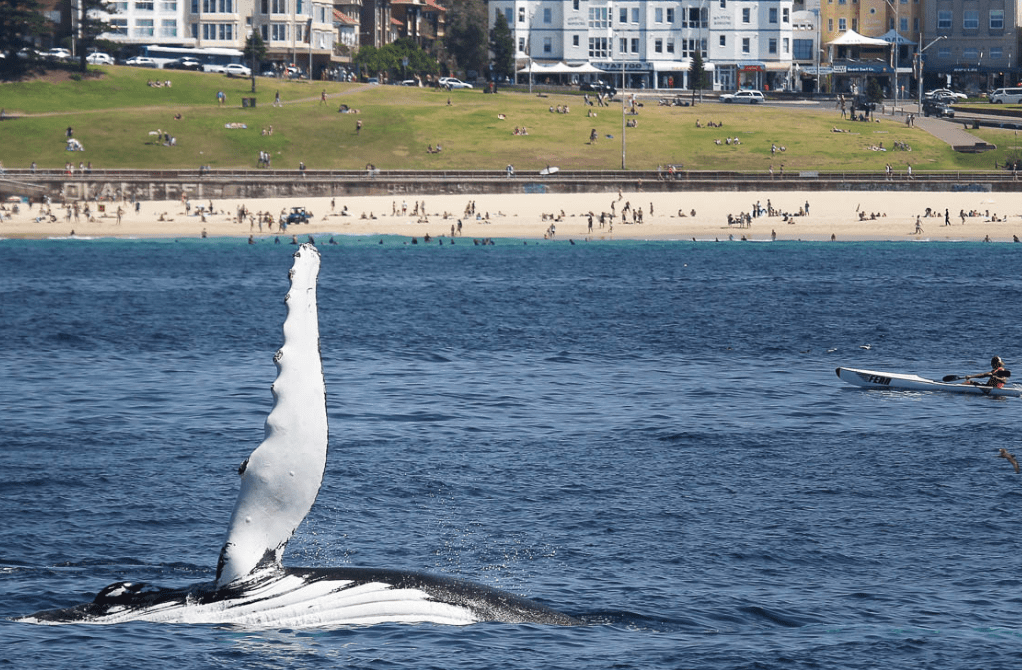 The beauty of Sydney is experienced from its magnificent harbour. With Sydney Whale Watching you are 15 minutes from the centre of Sydney to the open ocean in one of their fast vessels. Whale watching is amazing in this urban setting Whale watching cruises leave every day and you are guaranteed to see a whale and if not you will receive a free cruise (conditions apply). Your cruise includes a three hour whale watching experience , photos and complimentary morning and afternoon tea as well as a Eco-Hopper , hop on , hop off, sight seeing pass.

There are three additional cruises to choose from including the Discovery Cruise, Adventure Cruise and The Sunset cruise

The ‘Year of the Pig’ is set to be celebrated at AccorHotels across Australia from this February as tourists flock to Australian shores to celebrate the Chinese Lunar New Year from 5 February 2019.
The two-week festival will see selected AccorHotels, from ibis to Sofitel, decorated with red lanterns, tea stations, and bright floral displays and offer guests special dining menus. Upon check-in, guests can expect to see front office staff dressed in traditional costumes and red envelopes with chocolate gold coins at many hotels, while lion and dragon dancing will be a highlight at some

Chief Operating Officer AccorHotels Pacific, Simon McGrath, said: “Chinese New Year is always a special time of year for hotels and our guests, and it is pleasing to see so many of our hotels going to great lengths to celebrate 2019’s Year of the Pig.

“Chinese New Year celebrations are an extension of our Chinese Optimum Service Standards program in partnership with China Ready & Accredited, which enables our hotels to better cater for the growing Chinese inbound travel market.

“The trend of strong inbound growth from Greater China continues to have a positive impact on our hotels and we’ve experienced a growth of over 160% YOY in online room nights booked by outbound China travellers. The growth through these channels reflects the trends from the Chinese market as we experience a surge in free independent travellers (FIT) and a shift away from the traditional shopping tour groups. This is exciting news for our hotels particularly out in regional areas of Australia as the FIT traveller is more confident to venture off the beaten track and go to places not frequented by large numbers of tourists.” 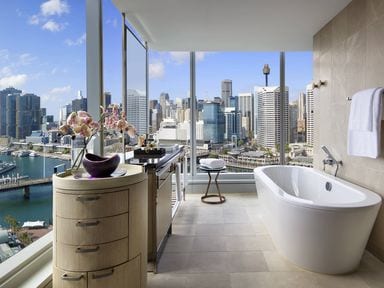 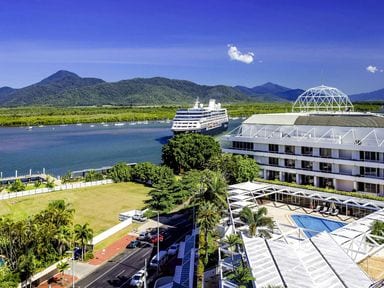 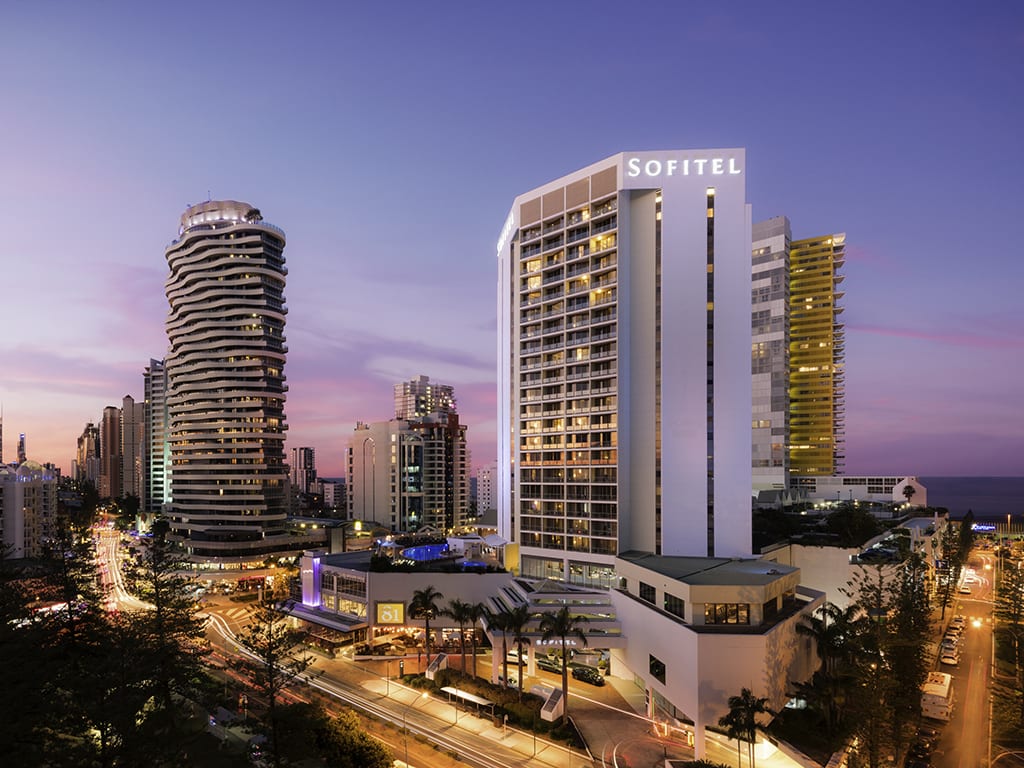 Experience the true meaning of relaxed luxury with Spicers Retreats
Every Spicers Retreat is unique, an escape from the everyday into a world of luxury, personalised service and attention to detail. From world-class cuisine to rejuvenating day spas, romantic getaways, spectacular wedding venues and unforgettable events in breathtaking locations.

Open to both guests and visitors, each Spicers Restaurant features the best in local produce complemented by attentive yet unobtrusive service.
Created for people who enjoy amazing food and wine experiences, our restaurants draw upon seasonal produce from our own market gardens, strong relationships with local producers and a genuine passion for food. Coupled with thoughtful wine selections, you’ll want to enjoy each restaurant, time and time again. 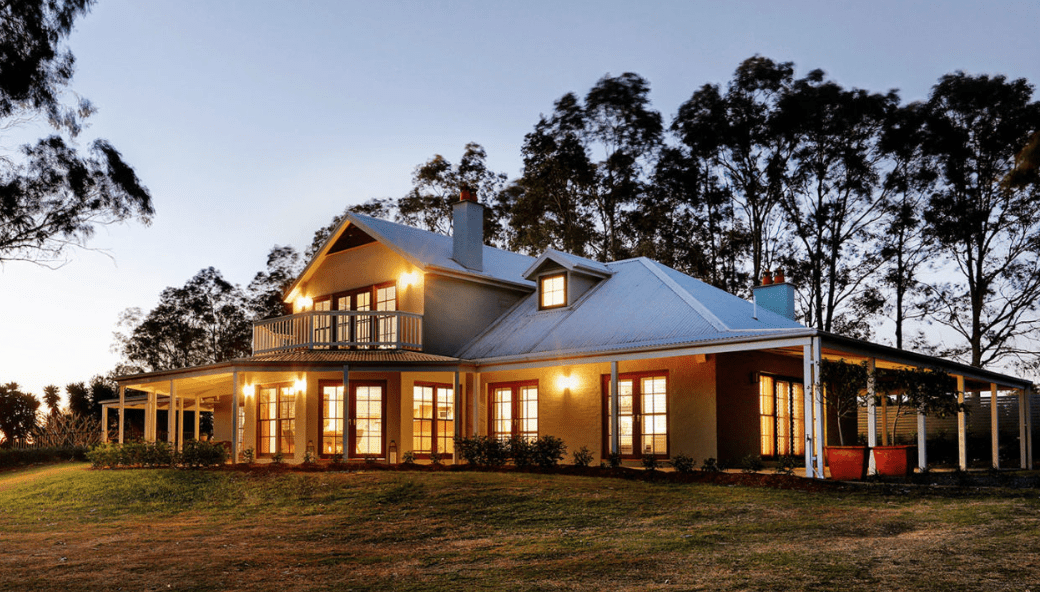 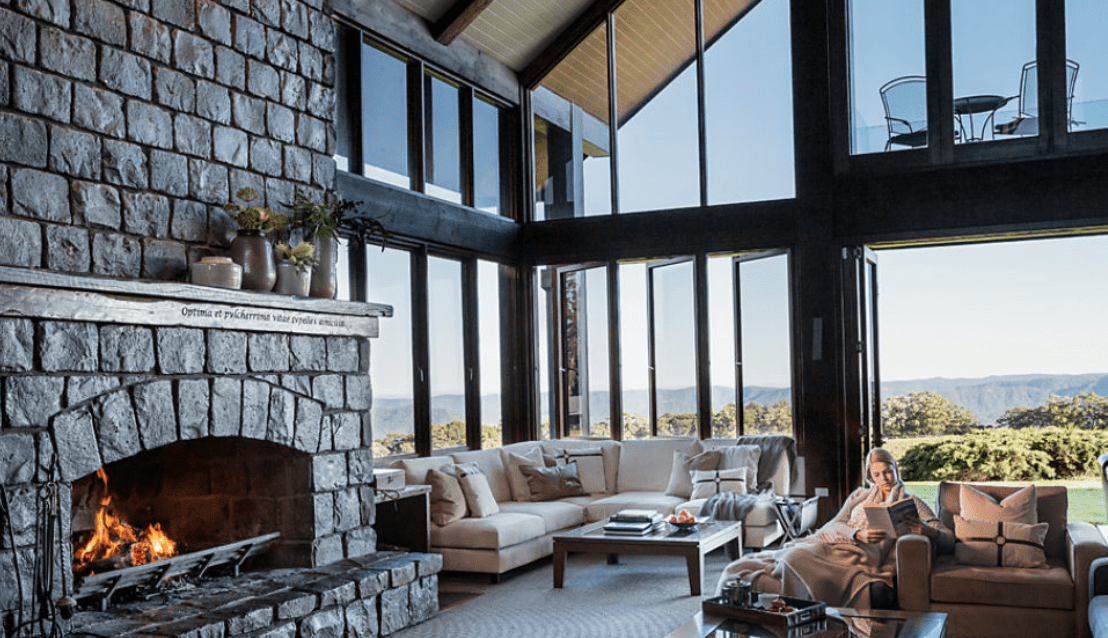 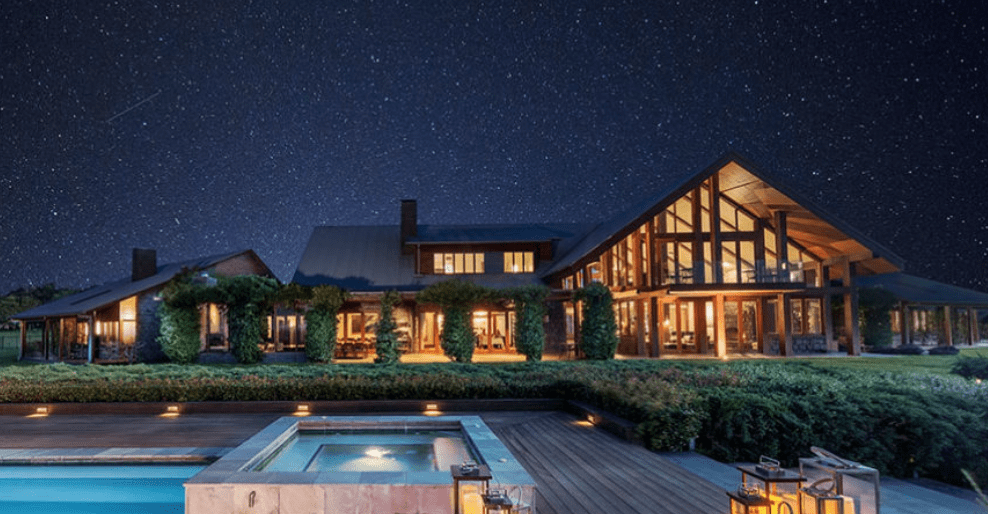 Outback Queensland has many surprises for visitors as well as many activities that are truly authentic where visitors can get the real taste of Australia often not seen by many tourists. Towns such as Longreach offer many attractions near by as well as the largest night sky you will ever see. Longreach is a relatively short flight away from Brisbane and on arrival you will be met by your tour guide and transferred to your accommodation.A typical trip to this town would include the following.

A Sunset cruise up the Thompson river to “Smithy’s” show and traditional Australian Barbecue under the stars. During the day you will visit the Qantas Founders Museum.

Longreach was the birthplace of Qantas The Australian Airline and second oldest in the world (99 years old). Step back in time as you learn about the history of Qantas as well as visit the Qantas original aircraft on display, tours include a wing walk on a Boeing 747 as well as visit the Qantas Boeing 707 and Super Constellation which are only a few of the aircraft on display.

No visit to Longreach is complete with our a visit to the Stockmans Hall of fame where you can explore the facility and take in the night show and  Barbecue dinner.

Not far from Longreach is Winton join us on our day trip to Winton to see the sights and visit this iconic destination.

Winton is the Dinosaur Capital of Australia, home of Waltzing Matilda and Queensland’s Boulder Opal; abundant in nature, culture and heritage.

“Once a jolly swagman camped by a billabong…” You’ll be forgiven for relentlessly whistling this famous tune while you’re in Winton, as it’s the very home of Banjo Patterson’s ‘Waltzing Matilda’. Reputedly inspired by an 1894 shearer’s suicide at the nearby Combo Waterhole and first performed in Winton’s North Gregory Hotel on 6th April 1895, you can learn all about Banjo and the adopted national anthem at the Waltzing Matilda Centre in Winton.

Unofficial Australian anthems isn’t the only this that’s put Winton on the map; this is dinosaur territory. At the Australian Age of Dinosaurs Museum, 24km south-east of Winton, you’ll see the world’s largest collection of Australian dinosaur fossils, displayed in the Collection Room and prepared in the Dinosaur Laboratory. You can even sign-up to help prepare these real dinosaur bones in the laboratory.

Winton is also home to the world’s only recorded evidence of a dinosaur stampede – the Dinosaur Stampede at Lark Quarry Conservation Park. More than 95 million years old, there are 3,300 stampeding footprints immortalised in stone and protected 110km south-west of Winton. This is an iconic National Monument not to be missed. 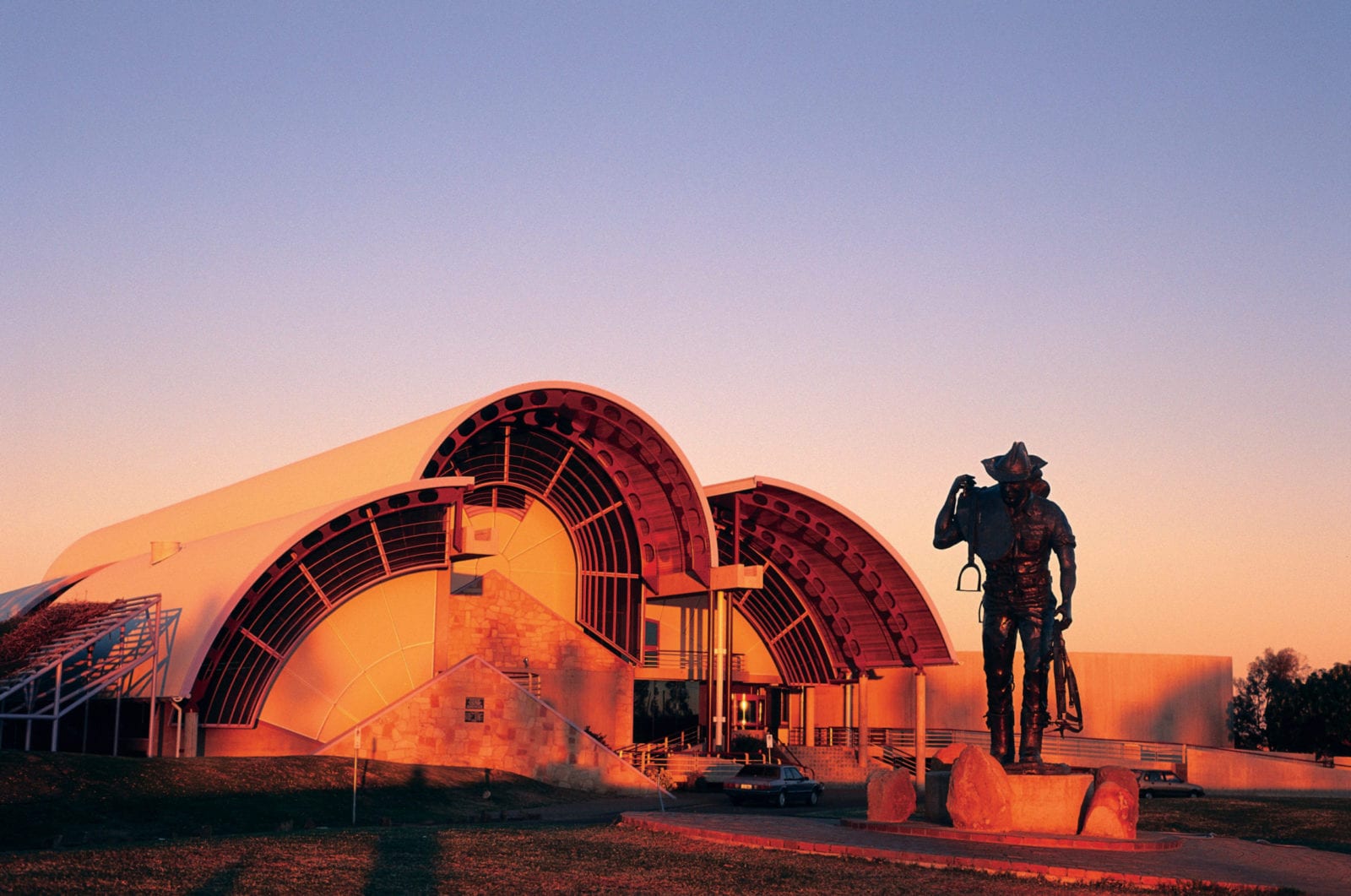 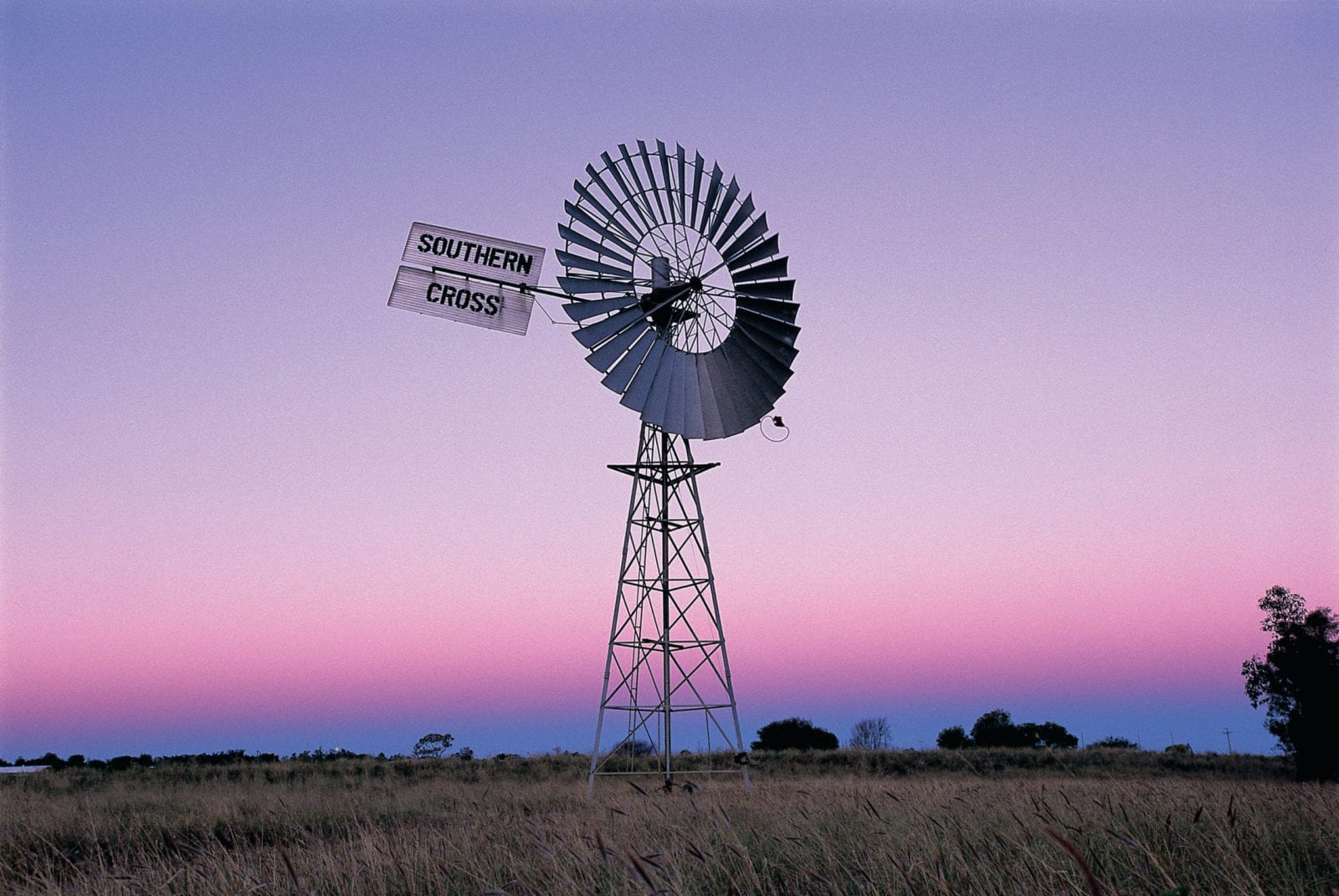 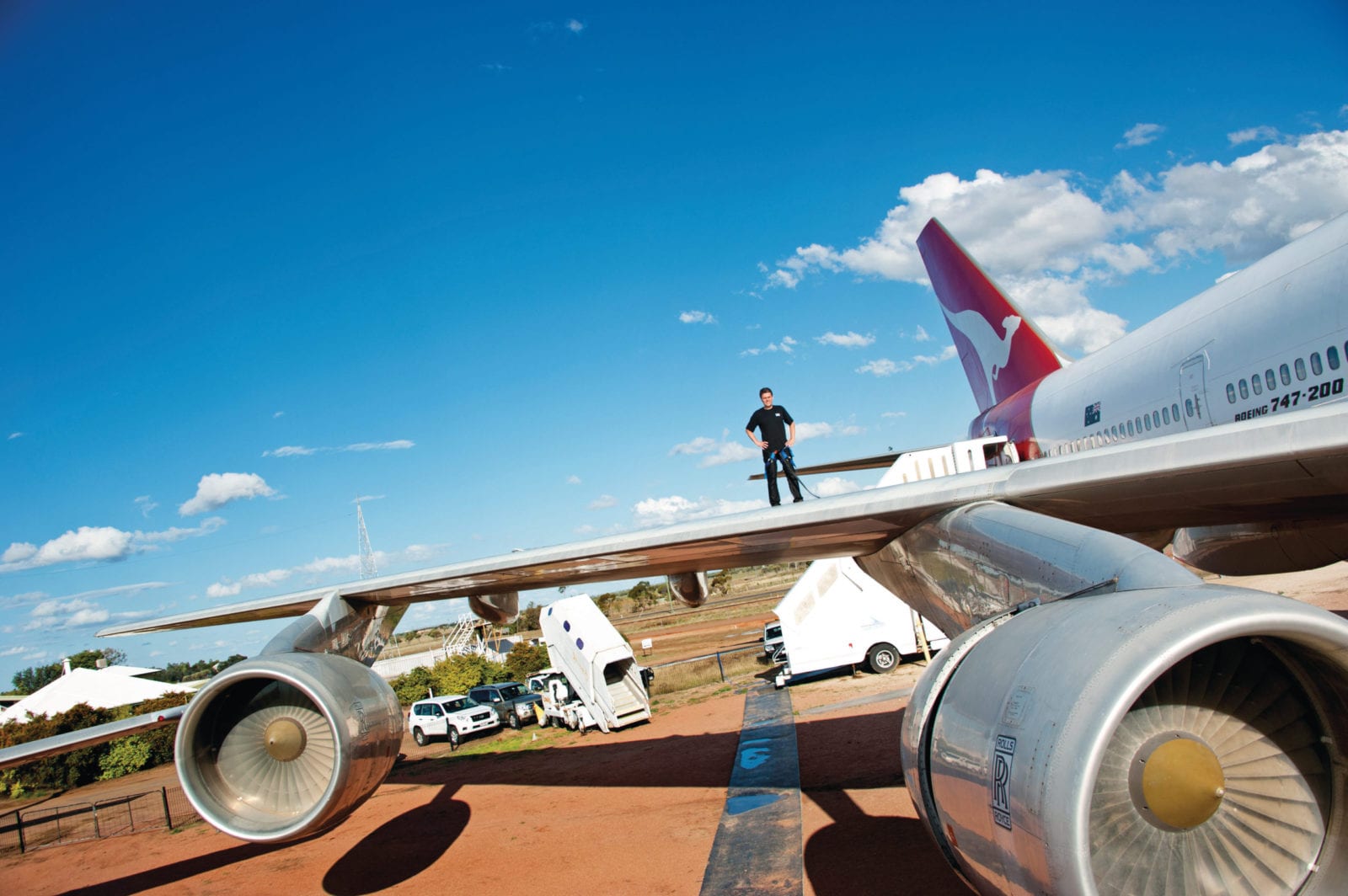 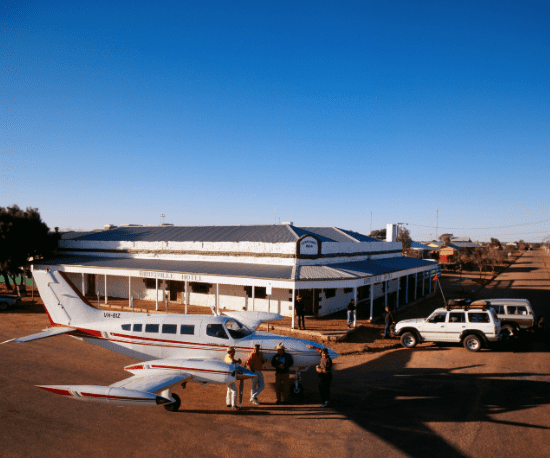 At the end of the Birdsville Track is the frontier town of Birdsville, one of Outback Australia’s most recognised towns.

Dubbed as the Melbourne Cup of the Outback, crowds of 6,000 racegoers converge on Birdsville each year to enjoy two day of quality outback racing and entertainment. The second race meet in the Simpson Desert Racing Carnival, the 13 race program features horses from all over Australia competing for the coveted Birdsville Cup. Other entertainment includes the Fashions on the Field, Fred Brophy’s Boxing Troupe, entertainment at the Birdsville Hotel, Fun Run, Cocktail Party, a variety of food vendors, a giant auction and much more.

Attracting visitors from all over the world, the Birdsville Races is an event you will be talking about for years to come.

Curious about what could draw so many people to a tiny, outback town on the edge of the desert? Join them at the Birdsville Races to experience an Australian racing tradition.

About
An all-inclusive outback oasis
The Lodge is located 180km west of Cairns in Far North Queensland on the historical 85,000 acre Crystalbrook Station. Established in the late 1800s to supply meat to mining camps in the Chillagoe area, the station is still operational today and produces prime Brangus cattle.

Surrounded by nothing but bush country, wake to gourmet meals and breathtaking sunrises. Spend your days fishing barramundi, exploring bush tracks on foot or bike, or discovering the outback on a scenic helicopter flight. By afternoon, unwind by the Magna Magnesium wet-edge infinity pool overlooking the colourful scenery with champagne or craft beer in hand, and end your night by the campfire or sipping cocktails amid the manicured grounds.

Experiences
Whatever your choice of adventure, we can design your perfect all-inclusive Outback experience at Crystalbrook Lodge.

Bushwalking tracks, paddle boards,Swimming ,Wildlife spotting, Stargazing, and Fishing
Sunset boat tours
Unwind, relax and enjoy the magnificent views watching the sun sets behind The Lodge from the Sweetwater electric pontoon boat. Indulge a little with a gourmet cheese and fruit platter and glass of Champagne or Australian beer or wine.

Welcome Peggy to the Team

Australia and Beyond Holidays is delighted to announce our newest employee Peggy Maeshian who joins us with over twenty five years experience in the Inbound tourism Industry. Peggy has previously worked for a number of Australian inbound operators including Harvest Travel, General Travel and Finesse. Peggy specialised in: Specialty Groups, Vip Touring, and incentives Incentives. We are delighted to welcome Peggy to the AABH Team